Call Us Message Us 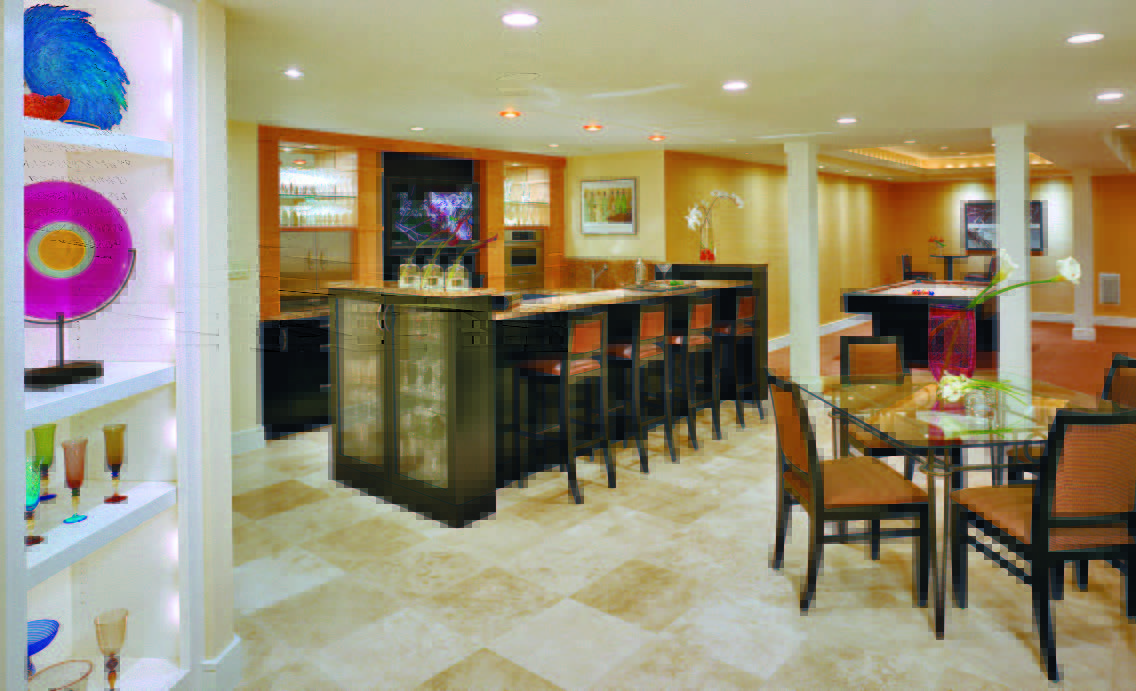 When a couple with one son moved from McLean to Avenel, a 20-year-old planned golf development in Potomac, they thought they'd found the home they'd eventually retire in. But just three years later, a choice property came on the market in their neighborhood. "One day my wife called and told me that our realtor had just listed a home a few blocks away on the 18th fairway," says the husband, an executive with a Washington, DCbased communications firm.

"The house is situated on a prime lot with a walk-out basement, large deck and pool, so we jumped at the opportunity," says the wife, who is active in local charities. "Although the lot was ideal, the house was in need of many upgrades. We tackled the kitchen first, and after living [in the house] a while, came up with our wish list," she says. 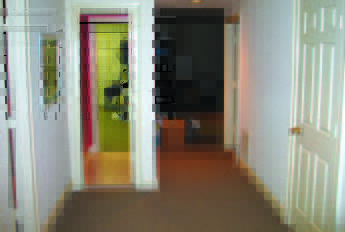 A warren of small rooms (above) was renovated into what has become a favored space in the home. The neutral color scheme is enhanced by dark wood cabinetry in the wet bar and mini-kitchen (top). 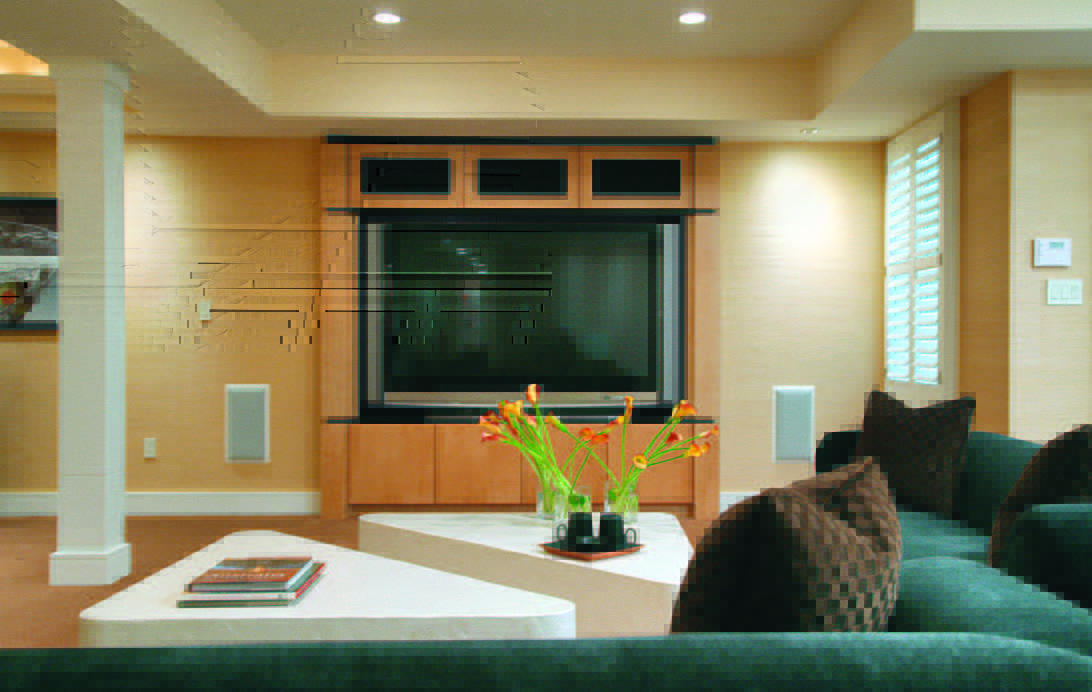 To flesh out their vision, they turned to Alex Dean, president and CEO of The Alexander Group. The communication executive's time on the neighborhood links had not only improved his golf score, but had also provided him an introduction to Dean. After several conversations with him about the house, the couple felt confident the firm would be able to execute their ideas and guide them through a lengthy renovation. "We initially looked at the entire house to develop a master plan and ultimately decided that the lower level offered the kind of space required to incorporate all the elements they wanted to add to the house," says Dean. The collaboration netted the couple an additional 2,700 square feet of useable space and also won The Alexander Group a coveted Contractor of the Year award from the National Association of the Remodeling Industry's Metro DC Chapter. (continued on page 74) 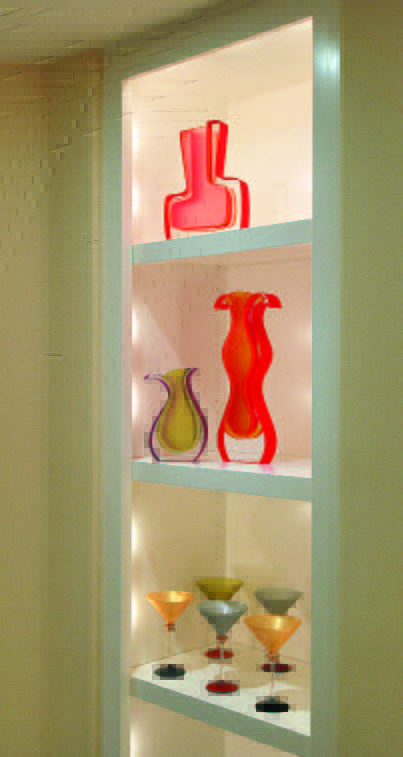 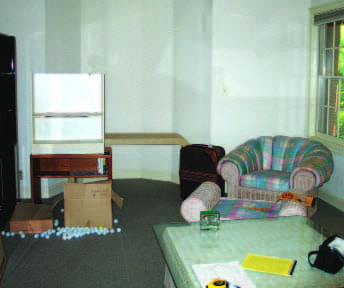 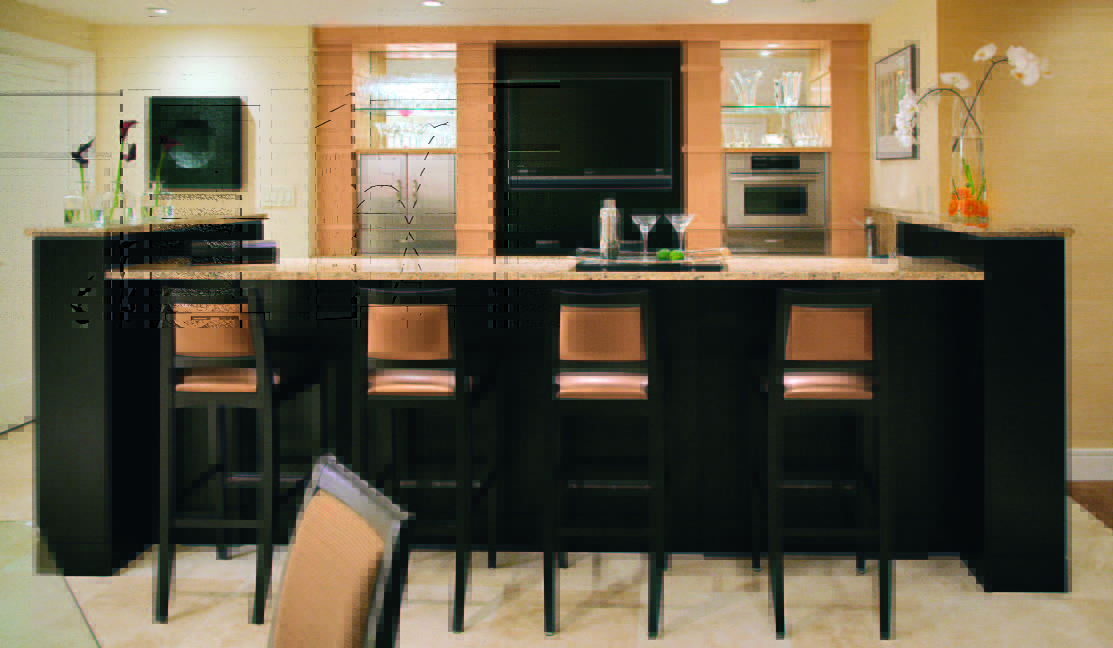 Dean first addressed a leaky drainage system and other infrastructure issues. "This was not your typical basement makeover," he says. "In addition to providing all of the engineering and infrastructure systems including H/VAC, structural steel and plumbing, we upgraded from a 400- to a 600-amp electrical service—not only to support the necessary requirements for the new plan, but also to support electrical needs for future renovation projects for the house." The company integrated these upgrades with a space plan developed by Phyllis Wolff, a Potomac-based interior designer who had worked with the couple on previous projects.

Although the home's lower level offered a generous footprint, the previous design had not taken advantage of it. "The space was really a warren of chopped-up rooms and the staircase to the lower level terminated directly into a blank wall," says Wolff. Although her clients had presented her with a lengthy wish list, the chief design objective was to create an open, airy, Zenlike space with the feel of a "main level." The couple also wanted ample storage space and a place to display their growing art glass collection. Completed almost a year ago, the finished design offers an elegant retreat for both entertaining and relaxation.

"My husband wanted a dedicated home office, walk-in closet and a private bathroom with a steam shower. I call it his man cave, he spends so much time there," says his wife, smiling. Illuminated niches built into staircase walls leading to the lower level display colorful art glass. A warm butternut palette warms up a neutral color scheme throughout the space. The interiors feature grass cloth wall coverings, large-scale ivory honed limestone floor tiles and a cut pile twist carpet in bronze tones. "My client's entertaining style is TV-driven, but in order to keep the space open, we selected a rear projection television. Other types of large screen television systems would have demanded a dedicated room," says the designer, "something we were looking to avoid."

The billiard table and television zones are defined by interior columns and ceiling treatments that separate the entertainment areas from each other and from the wet bar and mini-kitchen. Doors to the left of the wet bar conceal a large storage area and laundry room. The couple also added a separate guest bath that is pressed into use by friends and family who use the pool and large deck, accessible from the lower level. "We are incredibly pleased with the result—the design far exceeded our expectations and added a much needed dimension to our home," says the wife.

Based on Maryland's Eastern Shore, Tracy Mitchell Griggs is a non-fiction feature writer and owner of Chesapeake Art Solutions. Photographer Kenneth M. Wyner is based in Takoma Park, Maryland 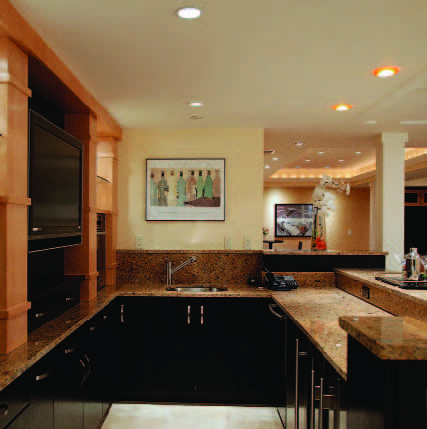 The wet bar and mini-kitchen (top) feature a microwave, wine refrigerator, heating trays and icemaker. Cabinets on either side of the bar (above) offer additional storage for glassware. 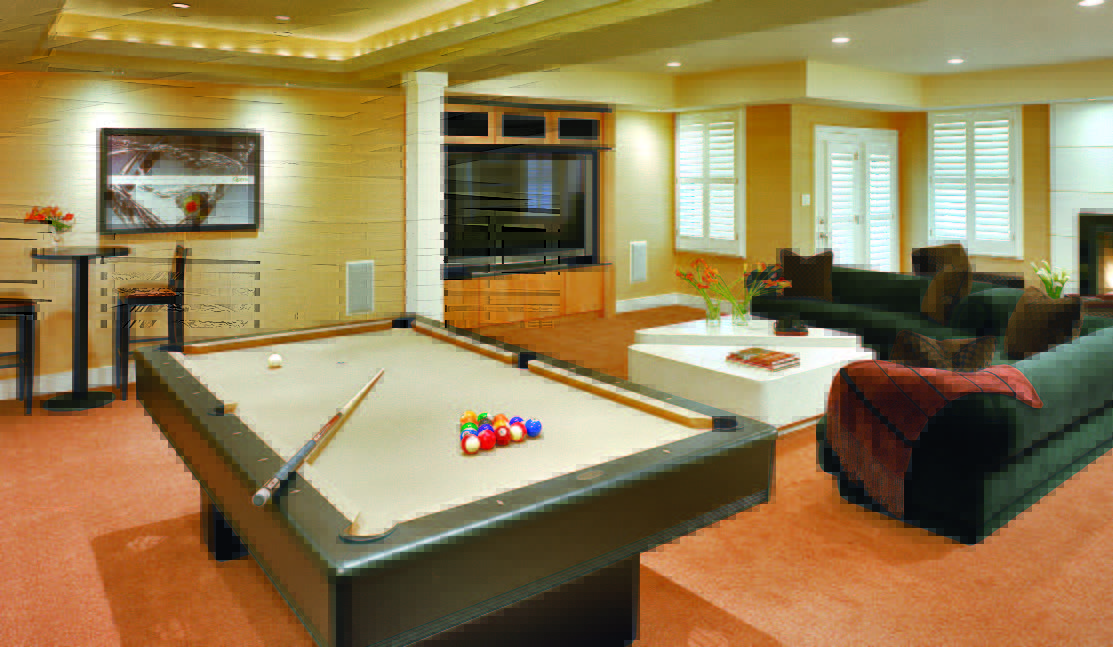 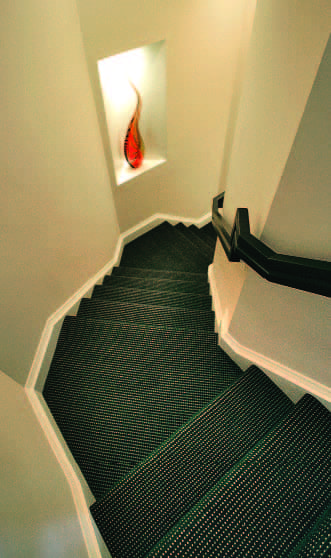 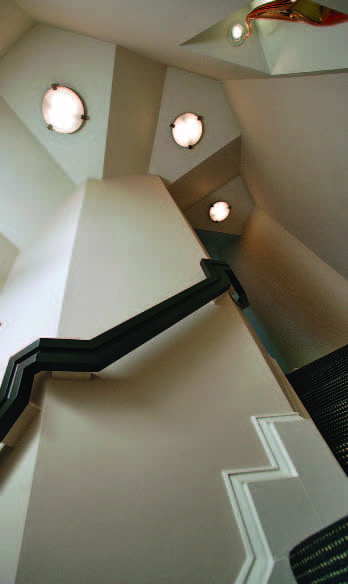 Designer Phyllis Wolff varied ceiling heights and moved columns to help define the entertaining areas (top) that include a billiard table, a seating area for conversation and television-viewing, and an additional seating area in front of a gas fireplace with a custom surround. An illuminated, built-in niche shows off more art glass (above left) and a custom handrail and baseboard molding (above right) highlight the staircase leading to the new, spacious lower level.